9 Most Popular SEOs on Planet Earth 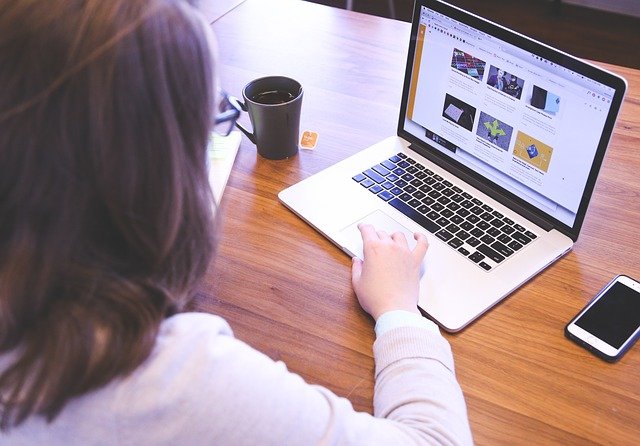 These are the top 9 most popular SEOs on the planet.

In order to be qualified for the list, you must be an SEO (obviously) and have a large enough following. This doesn’t just mean Google search traffic but also social media popularity such as Twitter followers and YouTube subscribers.

What stands out is the most popular SEO on this list, he has more search volume and general popularity than the rest of the 8 on this list.

Here are the most popular SEOs.

The above is from Google Trends and shows the top 5 SEO’s popularity over a 5 year period of time. As you can see, Neil completely dominates the SEO space.

Neil Patel is by far the most popular SEO on Earth and probably the universe, with well over 100,000 searches per month for his name alone!

He’s the founder of NP Digital, Crazy Egg, Hello Bar and Kissmetrics, helping brands all over the world.

Neil started off selling CDs and automotive parts, then transitioning to work a ‘normal’ job at Knott’s Berry Farm at 15 years old. Then transitioning into the entrepreneurial world making many mistakes before tasting success.

He’s by far the most successful SEO on YouTube with a whopping 1 million subscribers!

Brian Dean’s popularity came out of nowhere. Everyone on this list had a steady trend upwards in popularity but Brian’s was a rocketship.

Brian first became popular thanks to his innovative strategies on backlink.com. More specifically, the skyscraper strategy.

His popularity increased further thanks to his in-depth, well thought out and well edited YouTube videos.

What’s amazing is brian only has 45 videos and nearly 500,000 subscribers.

What made me respect Brian was he was one of the first mainstream SEOs that told people to think and stop creating so much content and focus on creating large and in-depth content.

Brian strongly believes great content alone is not enough to rank on Google. The best way to describe Brian is practical. He gives actionable advice you can implement with his step-by-step guides.

Matt comes in at second and it’s no surprise as he was the head of the spam team at Google. He was in charge of deciding how to deal with a lot of pesky SEOs and let the more ‘white hat’ SEOs win.

…it’s still a work in progress but it’s come a long way.

People can no longer point a bunch of low quality links at their site and expect to win the search positions, cheers Matt.

After Google, Matt was the administrator of the U.S. Digital Service. And who knows what’s next for him.

After reading his blog, You can see Matt is a deeply caring human being and has a very special someone in his life, Lindsay.

Rand is the founder of Moz, one of the most popular SEO companies in the world. In fact, if you Google search ‘SEO’, Moz will probably show up.

Rand is very well known for SEO thanks to his company MOZ. Whenever you search things related to SEO Moz will often show up. It seems like anything they publish with SEO in the title will automatically rank on Google.

He dropped out of University with only 2 classes left before working at his mum’s small business. He then started Moz, eventually stepped down and started SparkToro.

A well rounded popular SEO with lots of search volume behind his name!

Even though Matt doesn’t have as much Google search traffic behind his name, he’s still one of the most popular names out there. In fact, he’s the fastest growing name in SEO aside from Neil Patel and Brian Dean.

Despite his young looks, Matt’s been in the industry for many years.

Matt is known for being a ‘black hat’ SEO as he doesn’t shy away from using tactics such as PBNs (Private Blog Networks).

Matt was a software engineer, working himself to the bone, 60 hour work weeks were the norm. But after he read the 4 hour work week, Matt found a way to get out of the depressing engineering job he was in.

He hit the road and has never looked back since. Good on ya Matt!

Ryan has one thing on his mind, Process. Ryan is always looking for ways to automate tasks and take himself out of the equation.

This is exactly what makes Ryan so popular as an SEO. He became popular thanks to his Agency, Webris and his public SEO eCommerce case study, lacesout.net.

If you check out his YouTube channel, there’s some great, no BS content. One of his best videos is his link building update video. He mentions the reality of link building and how it’s a pay to win game.

Overall, Ryan is a very respectable SEO that’s come a long way and has garnered thousands of searches behind his name.

Bruce Clay has been in the SEO industry since 1996, he’s basically a dinosaur now.

Bruce actually created the first ever web page analysis tool, in fact, it got 300,000 downloads in the first month.

It’s fair to say he’s past his peak in terms of popularity. His social media following isn’t large by any definition. However, Brian still claims a respectable 2,200 monthly search volume to his name.

Spencer Haws is a veteran in the SEO space. His first success was his small portfolio of websites monetized with affiliate products.

He then went on to create popular tools such as Table Labz and Link Whisper. Then creating Motion Invest, a place to buy and sell websites.

As you can see, Spencer is a busy bee and a very successful one.

His YouTube channel is what’s been increasing his popularity. Creating case studies and interviewing successful SEOs.

Stephan has done a lot in his life… and that’s an understatement.

From the very beginning, Stephan was a geek, getting a computer and learning how to code. Programming and launching his own sites. Speaking at conferences, being on the cover of multiple magazines and landing huge clients like Target.

Stephan is even on The Wolf of Wall Street podcast with Jordan Belfort, teaching the Wolf about SEO.

He’s one of the most accomplished people in SEO and you could say he’s done it all.